Digital film science is not just using digital tools to perform analysis - it also means that these analyses are (at least in part) machine-readable. Methods and standards of the Semantic Web offer the possibility to structure analytical observations and make them systematically searchable.

Semantic Web means not only storing unstructured text and image files, but also enriching them with metadata, explicitly describing the meaning of the metadata, and linking the data to other sources of knowledge. In the words of Tim Berners-Lee (2001): "The Semantic Web is an extension of the current web in which information is given well-defined meaning, better enabling computers and people to work in cooperation".

In practice, for example, this means that large parts of Wikipedia have been transformed to DBpedia, which consists of semantically structured information. The article on the city of Essen contains the information that 'Essen' in this case is a city and not a meal (the German word for food). The knowledge object of this city has well-defined characteristics. It has a name, belongs to a state, has a number of inhabitants and an elected mayor, who in turn has a name. If a German user changes the name of the mayor after an election, the new name can now be automatically adopted in other language versions of the Wikipedia (e.g., Spanish, French or Turkish). The knowledge structures behind these operations are called ontologies.

The aim of the first phase of the junior research group is to define film-analytical concepts and terms and their relationships to make them accessible as an ontology for the structuring of analysis data: 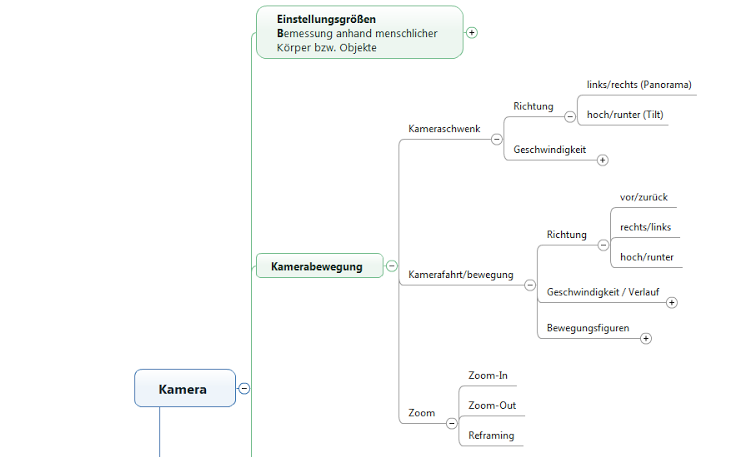 Early stage of visualization of the analytical system

With respect to the research group's questions on rhetorics of affect, key film-analytical parameters are selected and stored as an ontology which can be accessed at http://ada.filmontology.org/. 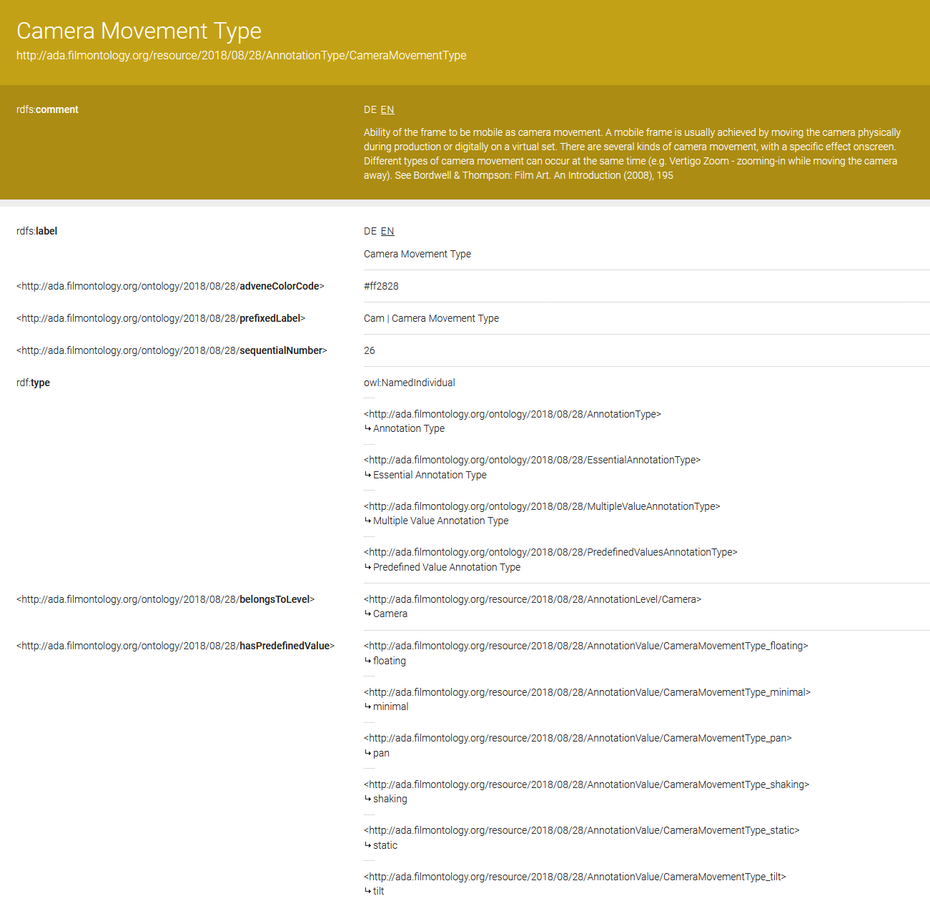 Webview of a concept in the ontology (as of August 2018)

Quellen:
Tim Berners-Lee, James Hendler, Ora Lassila: The Semantic Web: a new form of Web content that is meaningful to computers will unleash a revolution of new possibilities. In: Scientific American, 284 (5), p. 34–43, May 2001.